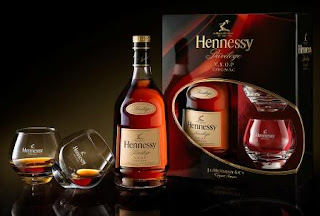 The North Korea v South Korea hypothetical war is a war that's never going to happen.
Why? Because it just can't be allowed to happen on all sides.
You've got Kim Jong Il up there in the starving North surrounded by his cult of personality, polishing off a bottle of Hennessy every night in his palatial mansion while surfing porn on the only non cock blocked internet in North Korea. His health is fucked and he's about to hand the gravy train off to one of his sons. He picked the youngest one because he's the least retarded and therefore the least likely to start a war with the South and, by doing so, remove the entire "Kim" family from the human genepool. The North has a huge army but shit equipment and a shit airforce. All they have is a shitload of brainwashed youngmen that they could toss into the ring as human wave attacks like the Red Army did against the Germans in 1941. Result: 3 million casualties for nothing.
In the South, they've got a rich 'democracy' (are there any real democracies in the world today?) well aware that its capital is in artillery range of their nutty brother. They get a little touchy about this. South Korea is like some famous movie star who has this awkward little brother who has a habit of masturbating in public and ruining famous older brother's credibility. You can slap him around for doing it but that'll just cause you even more trouble for child abuse. Your only choice is to sit there and enjoy your prosperity and accept the fact that your brother jizzes on you every so often.
Also, the US has thirty thousand troops in the DMZ, so any conflict here will draw in the US which supplies/allows North Korea heating oil and rice in exchange for them not pulling their dick out of their pants.
Still more, China, that country with 1.3 billion people and who bought more new automobiles than the US last year, well, you see, they use North Korea as a buffer zone on the Asian peninsula against encroaching capitalism. LOL seriously! China slaps the shit out of Kim Jong anytime he gets 'ronery' and tries shit with the South because they have no interest in anything that draws the Americans onto the Asian mainland anymoreso than they are already. (Japan, Afghanistan, trade/oil deals with the other 'stans south and west of the Himalayas)
China is run by savvy engineers who know that the only way to win the global chess game is to win structurally and economically. They view the Americans as trigger happy dumbfucks with a big navy, nukes and no money. Having no money makes Americans mad. China would prefer to keep quiet about it, not say anything about the precarious fiscal situation and allow America to destroy itself all by itself which is a pretty good bet if you're Chinese and watch US reality TV.
So put down the popcorn, there is never gonna be a war on the Korean peninsula because big guys behind the scenes have too much to lose.
By War Tard at October 29, 2010 1 comment:

It's embarrassing that world media ignore this shit.

The world burns because nobody in the 'First World' knows what the fuck is going on.

Everybody 'in the First World' knows exactly what's going on but the thing is, nobody gives a shit!

Is that the media's fault?

Yes and no. That's a question requiring a long thought out answer and I'm a bottle of vodka down with the sun coming up so fuck off do your own existential analysis. What follows is shit I wrote a few days ago in response to Israelis in Kurd occupied Kirkuk...

Go fucking google "Kurd" why don't you! After you navigate to the wiki page notice how these people have been fucked since day one. In Northern Iraq, life or death happens on a daily basis under Saddam. These people were gassed, suppressed and ass fucked. The Turks right now bomb them often. We in the First World 'civilized counties' get to ignore their shitlife because they don't I.E.D. Americans so they're pretty much under the radar as far as international media goes. But the thing is that this small northern state that the Iraqi Kurds have carved out for themselves is no desert shithole. With vast oilfields around its capital in Kirkuk and decent infrastructure to exploit it, the Kurds are the quiet success story of the whole Iraqi clusterfuck.

Oh yeah, Mossad in Northern Iraq! That's what I started out talking about.

You see, the Israelis are training Kurdish security and that is no surprise. This is ostensibly a proxy action by Israel against Turkey which has a fear of an independent Kurdish state in Northern Iraq, centered on Kirkuk and boasting that vast oil field money. Since there are many Kurds in southern Turkey bordering Iraq, Turkey fears a well funded independence movement and state on their southern border that may blossom and include claims on Turkish territory.

This is primarily why the Turks denied the Americans use of their airbases when the Americans wanted to institute that 'shock and awe' policy that worked out so well in 2003. The Israelis were then brought in by the Americans after Iraq had been conquered as a common courtesy to the US's main ally in the Middle East shithole. Mossad agents used this invitation to train Kurds.

This was Turkey's punishment for non support of the US when the imperial machine stomped into the heart of the world's last great fossil fuel reserve. The US's own little private fuck you to those pesky Turks who voted unanimously by the exercise of 'democracy' in their parliament not to allow US bombing runs from their soil. Shit like that gets remembered by the Pentagon. Hence, as punishment, they subcontract the dirty hit squad work to the Israelis so as not make a blip in international media about this subtle US knife stab to the back; except of course on shitty little blogs that nobody reads like this one.

The Israelis fear Turkey as it stands because it is a powerful regional rival, is a Muslim democracy, may gain EU membership at some point, tries to exert influence in Medditeranean affairs and has sympathetic religious ties with all of Israel's enemies.

The flotilla incident is the perfect example of this in recent times. The Turks are well aware of Israeli subterfuge and used the flotilla incident to push some Israeli buttons. The Israelis, being the reactionary, hyper sensitive fucks that they are, handed the media narrative over to their enemies by murdering ten Turkish citizens on that 'international humanitarian mission'. Tensions rose. Israel's enemies jerked off on the idiocy. The Israeli embassy in Istanbul was stoned before the cops got there just in time to stop it from being overrun.

The incident is merely a symptom of chess game moves in the Levant since 1948.

Right now, it is in Israel's interest to bolster Kurdish independence in northern Iraq as a thorn in the side of Turkey, using the possible future state of "Kurdistan" as an existential threat. Isreal uses the weight of the American military to back up this threat and merely provides Mossad agents on the ground to train the 'dissidents' against Turkish territorial soverignty required to provide this threat. This is a very cheap operation in monetary terms for Israel (the only cost being the supplying of military trainers) the brunt of the costs being carried by the Americans as they have spent trillions holding down the rest of Iraq for seven years.

Mossad is in Iraq. The fact of this isn't even a "conspiracy".

The real 'conspiracy' I find is the foreign policy of all countries on the world stage and how the discrepency between what is really happening in the world and what the general public takes for truth on the nightly news; now there's the real conspiracy... human stupidity.