Why Israel wants to attack Iran. 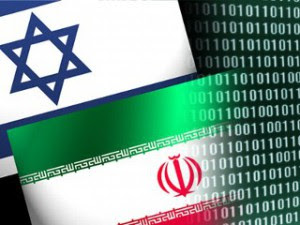 If Israel attacks Iran, it won't just be because they fear a Shia nuke.


Sure, a big red button of win on the Ayatollah's desk would be a credible check on Israeli power and would certainly start an arms race in the Middle East (the Saudi's too would race to centrifuge some yellow cake into something blowable) but this is not what Israel really fears. Besides, Israel has 200+ nukes of its own and is not a signer of the Non-Proliferation Treaty. They know an Iranian nuke would be merely 'theater balancing'. If the Iranians ever used it, Israel would glass them back to the Stone Age. That's the fun thing about nukes. They're really only useful when they never get used. In fact, nukes are the greatest peace keeping weapons ever invented.

And that's a problem for Israeli expansionist right wingers.


The real reason Israel wants a war with Iran has little to do with nukes and a whole lot more to do with the current political and military situation in Israel's own back yard. The recent Palestinian UNESCO vote at the UN was pretty much a slap across the face to Israel. Israel knows the rest of the world hates their guts for not making a peace deal with the Palestinians. And the UNESCO vote was no empty gesture either. Since UNESCO was a general assembly vote it could not be vetoed by Israel via AIPAC via the US. Sure, you might think UNESCO is just an educational, scientific and cultural organization but the fun part mixed up in all the fine print is that the vote allows the Palestinians to join the International Criminal Court. So soon, you could have international arrest warrants out for Israeli leaders who like to bust out the white phosphorous after some fucktard Gazan goat herder launches a home made rocket at a school bus.

In truth, Israeli right wingers are getting extra twitchy.

The Palestinians have finally realized they cannot win their war with Israel militarily. So they've gotten smart and changed tactics. They're now aiming for a political and moral victory. And that's a war right wing politicians in Israel can't send the mighty IDF to win. In fact, it's a war the Israelis think they might lose. Especially when they themselves score major PR failures like the raid on the Turkish ship Mavi Marmera which seriously pissed off the rest of the world and especially Turkey, a major NATO power in the region. In truth, the Israeli right cannot get what it wants (more land and settlements) through peace and negotiation.

The Israelis can at best delay the Iranian nuke program with a bombing mission but the truth is, the Iranian nuke program is diversified enough that nothing is gonna stop a Shia nuke in the long run. Uranium enrichment and warhead design is tricky but nothing the Iranian mathematicians can't work out with a pencil given enough time. If Israel attacks Iran they're playing a different game then the one advertised on TV. It's about delaying Iran while neutralizing Southern Lebanon.

So it might soon be time to grab the popcorn folks.

If Israel attacks Iran's nuke sites it'll be because they want to provoke an Iranian response in their own backyard that'll allow them to finally settle their Lebensraum and 'illegal' settlement problem once and for all. Since the pesky Persians have no air force capable of conducting a reciprocal strike, they'll have to rely on their asymmetrical forces. And Iran sure has plenty of these. The Iranians basically have a proxy army right next door to Israel in Southern Lebanon and as soon as this war goes live (if it ever does and hopefully not), you can expect Hezbollah, the al-Aqsa martyr brigades, al-Qassam and all the other Iranian funded proxies to launch everything they've got at Tel Aviv.

This will be the open invitation Israel needs to finally take the gloves off and do what they've been itching to do since the IDF got its nose bloodied by Shia heavy infantry in Lebanon in 2006. The forces there are no joke either. Entrenched and well equipped with rocket artillery, mainly consisting of 122mm Katyushas (range 30km), they also have Syrian made BM-21s, Iranian Arash and maybe 100 Fajr-5 (range Tel Aviv) and also a nice spectrum of modern anti tank weapons including the RPG-32, (the Israelis lost 30 of their supposedly invincible Merkeva tanks to them in 2006). This pesky Iranian proxy army next door is not going to be defeated unless the Israeli military goes total war on their asses. And a war with Iran will be all the justification they need to get the ball rolling. 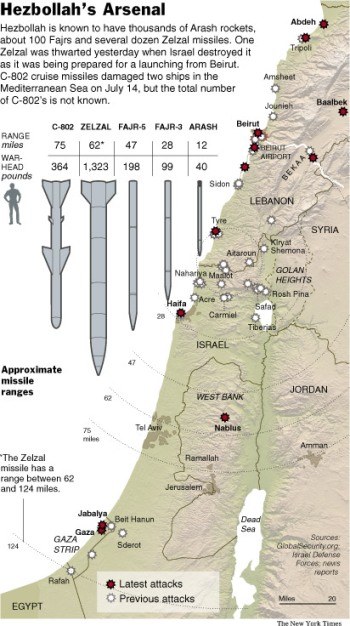 The Israeli right wants more territory and they are not going to get it by entering peaceful negotiations with the Palestinians. That strategy is for wimps. All that more peace talks will buy is some good Israeli PR in the minds of a foreign public with the collective memory of a goldfish. And that's worth jack shit in the regional power play and won't deliver the needed real estate. A walled in Palestinian state will only be desirable to the Israelis after they've chopped it all up into small manageable chunks linked by roads and water supplies they control. That annexation isn't complete yet. And with the way the Palestinian question is playing on the world stage right now, the Israelis are seeing problems brewing with their ongoing annexation policy. They're also nervous about fighting a growing demographic time bomb at home where Israeli Arabs and Palestinians are fucking like jack rabbits creating a voting bloc which could skew things away from the distinctly Jewish state they've been expanding since 1948.

So is total war the solution?

Of course it fucking is. It always is for us upright apes. Total war will solve a whole bunch of Israeli problems but start a whole set of new ones for the wider world. By attacking Iran and provoking an Iranian proxy response against Israel, the IDF will finally get to settle the Southern Lebanon, Gaza, Golan Heights and illegal settlement problem once and for all. All with the added bonus of setting back Iran's shitty nuke program a few years. Sure, the Iranian's will launch some of their semi accurate Shahab 3s back at Israel, maybe even aiming for the Israeli nuke facility at Dimona in the hopes of whipping up some Geiger counter juice of their own.

Will Israel need US support? Sure. But they won't get that by simply asking. Even if the answer is "no", Netanyahu knows he can just act and drag the Americans in by default. He knows the Iranian response to an attack will be to use every tactic in the playbook once the pew-pew starts and Natanz is burning. One tactic will be mining the shallow waters of the Gulf and, quite possibly, firing Chinese Silkworm missiles at all those fat oil tankers lumbering off the Iranian coast with 40% of seaborne world oil supply in their bellies. Oil prices will shoot through the roof overnight, the brittle American and Euro economies will crash dive and the US will be forced into this thing in a big way.

Sure, the Chinese and Russians will be pissed but will they get involved in the shooting and kick start WWIII? Probably not. It'll be more fun for them to just sit back and watch the death spasms of American superpower. I'll admit that I've said before that WWIII is on the table but the Russkis and Chinese will probably just play the waiting game and supply Iran with fucktons of weaponry while issuing angry protests at the UN and secretly laughing their asses off. That's the smart move. They can win this thing just by sitting back and watching the fireworks. Sure, the world economy will tank but Russian and Chinese populations are better suited to austerity than all the spoiled assholes in Western countries who'll shit a brick when they can't afford a new flatscreen.


Thing is, the Iranian threat to Gulf shipping will be very hard to counter without filling the skies over Iran with drones and aircraft and even then, how do you stop hundreds of Iranian speedboats dropping mines into the Straits of Hormuz? And, more interestingly, how do you pay for it all? Just the theoretical threat of mines in the Gulf is enough to push insurance rates on tankers through the roof. There goes your cheap commute from suburbia! Limited ground invasion? Western boots on the ground in Iran (if it played out like that) could be considered a proxy resource war too far by the Russkis and Chinese, especially since Iran is sitting on the 4th largest oil deposit on the planet.

Let's face it, this war is scary as hell.

In fact, it's so scary, I can't believe it will actually happen. I'm sure the US is pressuring Israel behind the scenes not to go ahead with their dream strike. Sure, the air waves in the US and Europe are getting flooded right now with Iranian nuke bullshit, preparing the public for the possibility of war by making it seem like Iran will soon have a multiple stage ICBM capable of raining down mega tonnage on New York City. And the average Fox News viewer probably believes it too. After all, the dumb fuck public are still scared by a bunch of idiots doing that monkey bar training thing, footage the media roll out every time they want you to be scared of bad guys in some foreign desert somewhere.

But the scariest caveat in all of this is the shaky financial status of Western economies.

With Occupy Wall Street protests everywhere, small but worrying to the Western oligarchy, and Europe and the US teetering on the brink of bankruptcy, the scariest part is that total wars are handy ways to wipe financial slates clean, clear the streets of 'unpatriotic' long hairs and grab the resources you need to fund the extravagant life styles people in the West have grown used to. If this war does happen, that'll be pretty much confirmation that the Western oligarchy has run out of ideas on how to solve its insolvency and bankruptcy problem.

Stockpile popcorn. Stay tuned. I still believe this war can't happen but of course, that's assuming we're living in a world run by rational men and I'm not so sure anymore, if we live in that world.