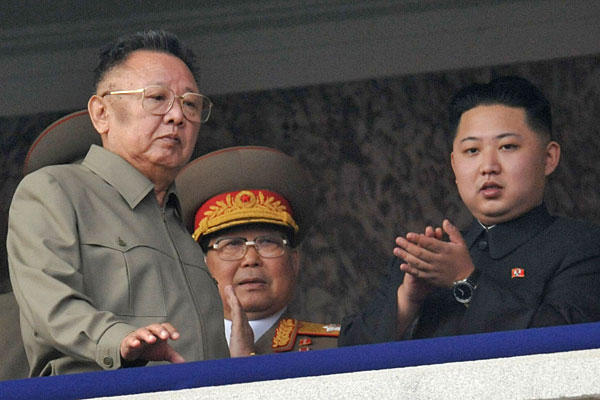 
Any actual shooting war on the Korean peninsula would lead to regime change and if the current elite in Pyongyang are interested in anything, it is self preservation. That's why the political elite will probably go along with this power transition to Kim Jong -un. At least for the time being. They'll wait and see if he's their kind of crazy. The kind that can maintain the status quo and power structure in North Korea for another 30 years. In many ways, that's a special kind of calculated crazy that keeps the elite in power, the people starved, afraid, dependent and the state itself in control of all information.
Shit's so scary these days, the real crazy question in all of this is if North Korea is the past or the future of our crazy species.
By War Tard at December 20, 2011 13 comments: