Wikileaks and the death of American badassery.

You know the one thing that blew my mind about Julian Assange and the Wikileaks document dump? The way the US reacted to it. The fact that people read those cables and were shocked, shocked, that the world runs this way! It's as if everyone acted suddenly surprised and found themselves shocked to discover that they were tricked into believing that diplomats were somehow supposed to be different from the rest of us. The leaks made clear that world diplomatic relations between countries are no different from our own shitty relations with each other in regular society, like that contractor who disappeared with the deposit I gave him for my sink repair or the dodgy mechanic who swapped out my tires when he changed my brake pads.

The world is full of shit. And the world is at war, humans are at war, constantly and on every level. Between nations, between citizens and their rulers, between citizens and other citizens, between you and your own friends. War is the base level of human reality, war for resources, war for status, war for success, war for money, pussy and land. War to prove I'm better than you. Like Clausewitz said, "War is the continuation of diplomacy by other means". It's the point where hate gets physical.

Contrary to the world presented on TV by those trying to sell you shit.

News media presents an image of reality that people sense is bullshit but would like to live up to anyway. As an example, Wikileaks revealed that American diplomats think England's Prince Andrew is a rude asshole, but suddenly that's controversial when it's leaked. Why? Because Prince Andrew probably is an asshole but that isn't allowed to be known, voicing that experience off the record by those who've met him is a non allowable media experience, instead, the media consensus (and so the manufactured one) is that Prince Andrew is automatically good because he's a prince. No reporter ever ran the story of Prince Andrew being a prick as it doesn't make for a good story because the rich don't like the idea of it and the plebs don't need to know anyway. When Wikileaks document dumps the truth that American diplomats who've met him think that way, everyone ends up shocked.

Wikileaks here reveals a fundamental disconnect between how the world is portrayed as a 'feel good wish fulfillment consumer phantasmagoria' in the media and the actual world you meet everyday when the alarm clock blares and rushes you to your cubicle as a wage slave; all so you can keep the lights on and food in your gut.

Life is war and you're the civilian.

My favourite leak is that US and UK diplomats are shitting bricks about the current state of Pakistan and the fate of its ever growing nuclear arsenal. Oh really? I've been shitting about that since 2003. It's only a shocking revelation because the media never reports it. So when we find out that diplomats have no idea who controls the nukes there, that 100,000 Pakistani personnel are involved in the nuclear program there and the Taliban captured the Swat valley with collusion from Islamists in the Pakastani military and government, you know that smuggled chunk of highly enriched uranium is gonna go on the market in some scumbag Albanian dive bar very soon. 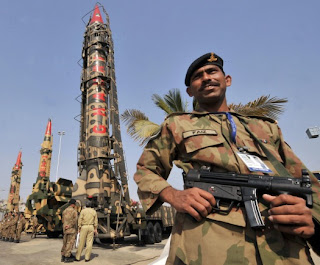 That should make you shit bricks.

A US city getting glassed by a nuke in an uninspected ship container freely rolled into a US harbor while the TSA searches your granny's tits for a silicon implant bomb. Talk about security theater... It's a story that should be on the front page of every US newspaper everyday. But it isn't. It took a document dump to the world's media to even be elevated to the point of a news story. If that isn't a total failure of popular journalism then I don't know what is.

Oh, and Bill O' Reilly and Hannity called for Assange's assassination on national TV. I mean here are 'journalists' (LOL) openly calling for the murder of other journalists for doing their jobs and daring not to be spokesmen for the complex.  This is fucking surreal. The death of real balls in America. Truth is now deemed the enemy. In the land of free speech, they want to arrest or kill the only man prepared to hand it to them. Yet we're fighting for 'freedom' in Iraq and Afghanistan.

These right wing 'badass' appealers to American badassary in war miss the point by so wide a mark that it makes me rage. You know what American badassery is? It's Patton driving through France in '44. It's McAuliffe holding out at Bastogne and writing "nuts" on a piece of paper when asked to surrender. It's MacArthur pulling off that amphibious assault at Inchon in 1950. Hell, it's Custer going down with all hands at Little Big Horn.

The only badass left in America today is the TSA laughing at your saggy 'bad' ass in your naked irradiated scan at the airport.
By War Tard at November 30, 2010 94 comments: