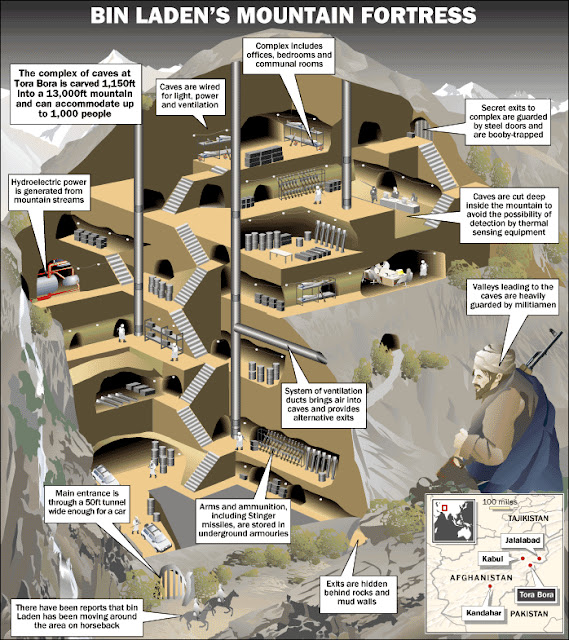 I bet there are a lot of people out there thinking I just pulled this picture out of my ass. Maybe I shopped this up after downing a bottle of vodka because I realized a sudden need to regain all those lost taxpayer dollars the US Government air dropped over the 'Graveyard of Empires'.

Well no. This shit actually happened.

They actually made Bin Laden into a Bond villain complete with his own high tech secret lair. You couldn't make this shit up. But they did. And people actually believed it.

Something you slowly realize as you get older is that people your own age eventually start running the world. Knowledge evolves slowly but arrives suddenly in a hammer smash before you are really ready to hear it. It becomes hard to reconcile the fact that the guy who you remember shitting his pants in your classroom when you were five is now the minister of whatever in some government job. That idiot from school is now starting wars.